Which is better for beginners – skiing or snowboarding? 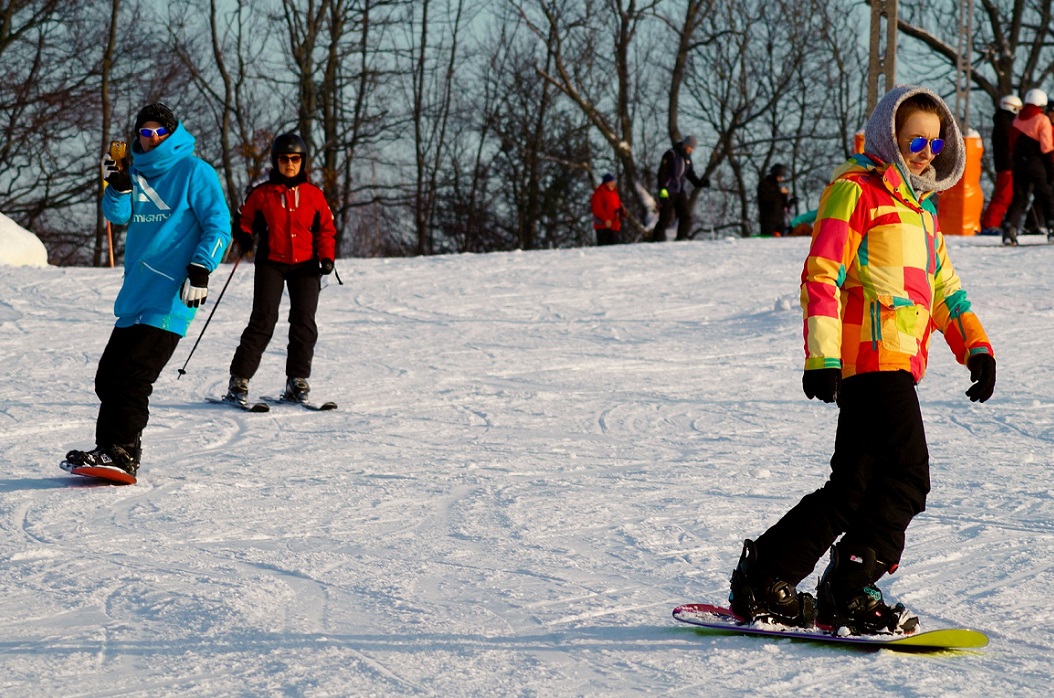 Mt Buller is built for an adrenaline-fuelled good time. But you don’t necessarily have to strap on the goggles, clip in the boots and get on that ski lift to have a blast. Here’s a list of awesome stuff you can do on the mountain if you would rather not ski or snowboard.

How do snowboarders introduce themselves? “Ohhh, sorry dude”. How about this one? What’s the difference between a ski instructor and god? God doesn’t think he’s a ski instructor.  The list goes on. Ever since snowboarding started getting popular in the 80s there’s been a rivalry between the two sports. Skiers say snowboarders are reckless dopes who wreck the slopes. Snowboarders think skiers are risk-averse snobs. Or they don’t. But that’s the reputation. In any case, if you’re traveling up the mountain for the first time, you’re going to have to pick a side. So it’s time to take a step back and ask, once and for all, which is better for beginners: skiing or snowboarding?

First, there’s a question of style: do you want glide like a graceful gazelle across a still lake? Or do you want to zig and tumble around like a hectic sparrow? They’re both great birds. Maybe you don’t even want to be a bird. The important thing is to pick a sport that suits your vibe.

Then there’s the question of fitness: you need to be pretty fit to be good at either sport. But to begin with skiing is a bit more demanding on your legs and thighs. Core fitness is slightly more important for snowboarders. Something to think about, especially if you have limited reserves of energy.

In the end though, it mainly comes down to this truism: skiing is easier to learn but harder to master, whereas snowboarding is harder to learn but easier to master. The first snowboarding lessons can be especially disheartening. You have to fix your legs in one position and stand side on. Skiers get the luxury of freeing their feet and holding balancing poles. It means you can rebalance more easily if you start to fall. Snowboarders start falling and just keep falling until they’re eating snow.

However, once you pick up the basics you’ll enter the honeymoon period. This is generally when the snowboarders start to have more fun. They’ll learn to go faster and be more adventurous sooner. Skiers tend to plateu in skill for longer until they’re ready to attempt the harder runs.

Overall, it’s really a win-win choice. At the end of the day, both types of beginners will be a bit sore and soggy. The important thing is you give it a go and don’t get too put off by any potential difficulty. You’re trying something new, your getting some exercise and meeting new people. You’re on a big, beautiful mountain embracing the winter wonderland. And that’s just awesome.